Weisswurst are delicate, creamy, white Bavarian sausage made from veal and pork. These sausages do not have a long shelf life, as traditionally Bavarians won’t eat Weisswurst after noon on the day they are made. The classic way of consuming them is to suck the contents out of the casing. But you probably won’t mind being spared that pleasure on this occasion. If you do not have Weisswurst, you can use other smooth sausages such as Veal Bratwurst or Frankfurters for this recipe. 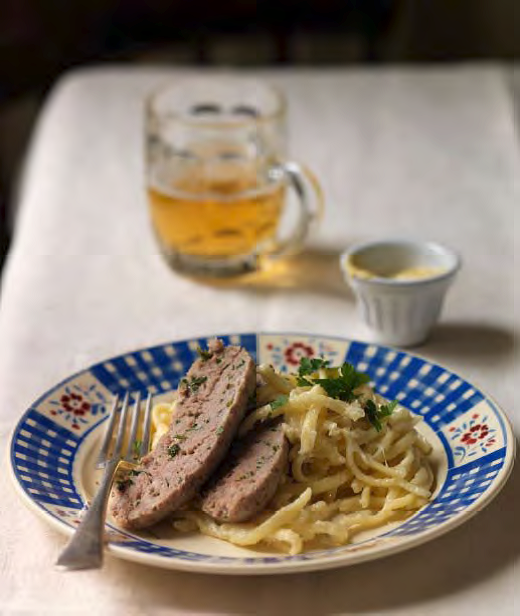 1. Prepare 2 large pans of boiling water. Remove one of them from the heat and drop in the weisswurst sausages.

2. Drop the spaghetti into the other pan and boil until al dente. Drain the noodles and return them to the pan.

3.Stir in the Emmental, crème fraiche or sour cream, mustard and parsley (if using). Season with salt and white pepper to taste, and dollop onto plates.

4. Drain the weisswurst, peel the skin off and cut into small circles. Place on top of spaghetti and serve.